In the Church of England calendar, January 30 is the feast day of Charles, King and Martyr.  Having touched off, and then lost, the English Civil War, Charles I was the only king in English history to be executed, and there is considerable debate about his commemoration.  Was he a martyr to the faith, or to his own inflated sense of self?  The Covenant blog and Catholicity and Covenant have some worthy reflections on this topic. Not surprisingly, a king who was executed for insisting upon his divine right to absolute rule is not exactly popular on this side of the pond; there is no official commemoration of Charles I in the American church.

It would be easy to gloss over the complex history of the period, or to unfairly and inaccurately judge Charles through a modern lens that would have been wholly foreign to him.  Whatever else may be said, it seems that Charles was sincere in his beliefs regarding his rights and responsibilities as king.  And although I think it is understandable, even appropriate, to debate the merits of celebrating his feast day, I believe it is a fitting commemoration.  Charles had faults, to be sure (what saint doesn't?), but I think it is difficult to dispute that he did die a martyr to the faith, even if it was a view of the faith that many today may disagree with in theory or practice.  At the very least, he is a witness to another era, which we in the Church would do well to remember both for good and ill, when kings and queens as well as common men and women were indeed willing to die for their faith; for theirs was not a self-exploring, intellectual religion to be debated in coffee shops and online forums with cool detachment, but a revealed, self-evident way of seeing the world, about which there could be no doubt.  The following excerpts are from a letter given by Charles, before his execution, to the Bishop of London, for his son the Prince of Wales.

...With God, I would have you begin and end, who is King of Kings, the sovereign disposer of the kingdoms of the world, who pulleth down one and setteth up another.
The best government and highest sovereignty you can attain to is to be subject to him, that the scepter of his word and spirit may rule in your heart.
The true glory of princes consists in advancing God's glory, in the maintenance of true religion and the Church's good; also in the dispensation of civil power, with justice and honour to the public peace ...
Above all, I would have you, as I hope you are already, well grounded and settled in your religion, the best profession of which I have ever esteemed that of the Church of England, in which you have been educated; yet I would have your own judgment and reason now sealed to that sacred bond which education hath written, that it may be judiciously your own religion, and not other men's custom or tradition which you profess ...
I pray God bless you and establish your kingdoms in righteousness, your soul in true religion, and your honour in the love of God and people.
And if God will have disloyalty perfected by my destruction, let my memory, with my name, live in you; as of your father, that loves you, and once a king of three flourishing kingdoms; whom God thought fit to honour, not only with the scepter and government of them, but also with the suffering many indignities and an untimely death for them; while I studied to preserve the rights of the Church, the power of the laws, the honour of my crown, the privileges of parliaments, the liberties of my people and my own conscience, which I thank God, is dearer to me than a thousand kingdoms.
I know that God can – I hope he will – restore me to my rights. I cannot despair, either of his mercy, or my people’s love and pity.
At worst, I trust I shall but go before you to a better kingdom, which God hath prepared for me, and me for it, through my Saviour Jesus Christ, to whose mercy I commend you, and all mine.
Farewell, till we meet, if not on earth, yet in heaven. 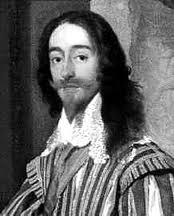